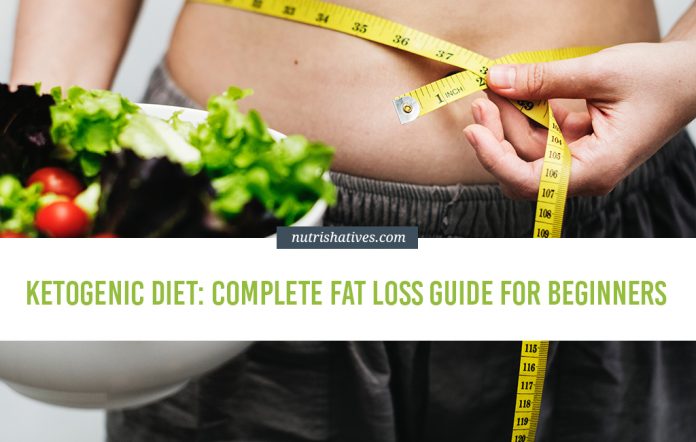 There are some things in this world that split people into battle camps faster than you can say, “Trafalgar”.

For the health and nutrition world, one of the most deeply entrenched of these battles (we’re talking Western-Front-level doggedness, here) rages around which diet is best for fat loss.  Is it a low-fat (such as the Mediterranean diet) or low-carb (such as the ketogenic diet)?

The argument for a low-fat diet is pretty straightforward.

Fat is the most calorie dense nutrient, providing more than double the calories of protein or carbohydrates per gram.  By reducing the amount of fat in your food, you consume fewer calories.

Once your calorie intake drops beneath your calorie needs, your body starts breaking down stored body fat for fuel.  As this stored fat is broken down, you lose fat-weight.  Reduce “calories-in”, keep “calories-out” the same, lose weight — easy-peasy.

The argument for a low-carb, ketogenic diet is somewhat more complex.  After all, eating a low-carb diet means you’re eating lots of calorie-rich fat!

How is that going to help you lose weight?  Well, the answer to that question lies in the fact that your metabolism — and fat loss — is decidedly more complex than the simple “calories-in vs calories-out” model that the low-fat diet works with.

Consuming a diet rich in calorie-dense fat induces metabolic changes that, however counterintuitively, can help break down fat.

What is the Role of Carbohydrates in Metabolism?

To understand the metabolic changes that accompany a low-carb, ketogenic diet, it is helpful to take a quick step back and review how your metabolism responds to normal feed-fasting cycles with carbohydrate-rich foods.

When you consume a meal containing carbohydrates, the carbs are broken down in your digestive tract into simple sugars — primarily glucose.  This glucose is then absorbed through your intestinal wall and into your bloodstream.

The rise in the concentration of glucose in your blood is detected by special cells in your pancreas, called beta-cells.

In response, your beta-cells release a key metabolic hormone, called insulin, into your bloodstream.  Insulin then flows through your body and binds to special receptors on the surface of your cells.

The binding of insulin to its receptor sends three very important messages to the cells:

After your cells have used up the sugar from a meal, your blood sugar is low and steady and your beta-cells stop releasing lots of insulin.

Without insulin binding to its receptors, your cells stop scooping up sugar for use, start conserving their energy and repairing their old components (rather than building new ones and growing), and start relying on stored energy.

At first, the stored energy they use is still mostly glucose.

When insulin levels drop, they can pop sugar molecules back off the chain and either use them themselves (as the muscle cells do) or release the sugar into the blood (as the liver cells do).

If you fast for a long time (say 3 days), however, you can use up all your glycogen.

If this happens, your body cannot release enough sugar into your blood to meet all your energy needs (you’re still getting some glucose from your liver which is being produced via a process called gluconeogenesis — literally “making new glucose” — but it’s too slow to keep your cells all fed).

At this point, your cells turn to burning stored fat to meet their energy needs.

All your cells, that is, except your nerves.

Your nerves do not have the machinery they need to efficiently get fat out of your blood and through your blood-brain-barrier to burn it for energy.  They have to be fed, instead, the closer-to-sugar molecules your liver can make fast enough to keep up with your energy needs: ketone bodies.

Ketone bodies are modified fat molecules (check out Box 1 for the chemical changes involved) that are able to zip past your blood-brain-barrier to your nerve cells.  Once in your nerve cells, ketone bodies provide your neurons with energy.  This keeps your neurons’ metabolisms humming along when you don’t have much sugar around.

Your body stays in this state — with low blood sugars, low insulin levels, and your cells running on stored glucose, fat, or ketone bodies — until you eat your next meal and your blood sugars come up.

The production of ketone bodies (the molecules below marked in red) from fatty acids requires four steps.

Step 1: To make a ketone body, a fatty acid (above) first has to be broken down to make molecules called acetyl-coAs (bottom right).  To do this, your cells use enzymes that remove the two carbons right next to the “acid” end of the fatty acid.  Then they attach a “coA” molecule (a complex molecule that contains a DNA base, a sugar and vitamin B5).

Step 2:  After two acetyl CoA molecules are made (two rounds of chopping off two carbons from a fatty acid), a different enzyme takes the coA back off one of them, then hooks the two molecules together.  This makes a single acetoacetyl-coA molecule (bottom).

Step 3: Finally, the remaining coA molecule is removed to create acetoacetate (bottom).  Acetoacetate is the first ketone body.  Your nerve cells can use this molecule to re-make acetyl-coA and burn it for energy.

The image for step 1 is original to this post.  The remaining images are modified from Ketogenesis by Sav vas, which is in the public domain.

If you look closely at the changes in your metabolism that accompany the time between meals on a traditional, carbohydrate-rich diet, you’ll notice there is a coordinated shift away from fat storage towards fat burning.

Without much sugar or insulin around:

Now, normally, you see such metabolic changes in people who are simply not eating anything — people who are completely fasted or are actually starving.  Of course, starving isn’t healthy!

Nor is it sustainable.

You’re going to have to eat again (if you’d like to, you know, have a metabolism) and then your metabolism is going to switch back.

In the 1960s, researchers realized: since it’s the lack of glucose and insulin in the blood, not a lack of calories per se, that triggers this metabolic switch, you can get your metabolism to enter a fat-burning “fasting” state while still eating.

All you have to do is eat a diet so low in carbohydrates (less than 50 grams per day) that your blood sugar never comes up high enough to trigger a serious insulin release from your beta-cells.  And then you could maintain this metabolic state, at least theoretically, indefinitely.

How would you know for sure if your diet was low enough in carbohydrates that your metabolism was really in this fat-burning state?

If it caused ketone bodies, that end-stage of a carbohydrate deficiency, to show up in your blood.  If it was a ketone body generating (ketogenic) diet.

(I know, I know — the first time you saw the term “ketone body” the cat was totally out of the bag.  But a girl can try for literary suspense all the same!)

And this is this basic premise that makes up the brunt of the argument from those in the low-carb-diet-for-fat-loss battle camp: a low-enough carbohydrate intake shifts your body from fat storage to fat burning.

Ketogenic Diet and Fat Loss: Putting it to the Test

So, is there any evidence that a ketogenic diet can help you lose fat?

A solid handful of controlled, randomized trials have shown that eating a ketogenic diet — with no restrictions on how many total calories you can eat — results in significant weight loss over the course of 6 to 12 months, with much of this weight (often around 50%) specifically from fat.

So, is that it?  Ketogenic diets win the war of the weight loss?

To know if a ketogenic diet was capable of that, you’d have to put the diets head-to-head.  You’d have to find two groups of people, put half of them on a low-fat diet and half on a ketogenic diet, and wait.  Luckily, that’s exactly what researchers at Stanford University did last year.

Over 600 people were divided into two groups and matched for everything under the sun:

You name it — they were matched.  These two groups were as close to identical at the beginning of the experiment as the researchers could make them.

What did they find?

After 12 months, there was no difference in the amount of weight loss or fat loss between the groups.

That’s stinky news for the entrenched battle-campers who thought this study might finally give one side a flawless victory (for you mortal fans!).  But it is actually really good news for any of us just trying to find a way to manage our weight.

It means that, at least weight-wise, you can choose whichever diet you’d like!

Ketogenic or Low-Fat: A Non-Weighty Decision

If a low-carb and a low-fat diet are equally effective at helping you lose fat, how do you decide which one to go with?

Well, there are a couple of key considerations that can help you make your decision.

Individuals on a ketogenic diet showed:

This means if you have excellent cholesterol, but poor triglycerides, a ketogenic diet may be a better option for you.  If, however, your triglycerides are great and your cholesterol could use some tweaking, you may do better with a low-fat diet.

Second, if you’re serious about making long-term changes to your diet for your health, you need to pick the diet you can stick to long-term.

Before jumping on one bandwagon or the other, take some time to take an honest look at your lifestyle, health, current diet, culinary preferences, cultural environment and ethical beliefs.

For example, if you want to go low-fat, but have celiac disease, you might run into trouble.  After all, if you cannot eat many grain products, you might find getting enough calories extremely difficult.

Or, if you are vegetarian or vegan for ethical reasons, you may find putting together a ketogenic diet exceptionally tricky.  After all, meat is a go-to low-carb staple.

This is not to say you can’t eat low-carb with celiac disease or ketogenic as a vegan — it would just be more challenging than the other way around and you should be realistic with yourself about that before getting started.

You should also take into account your previous experience with diets.

Have you tried to go on another low-carb diet before, perhaps the Atkins or Paleo diet, and were lethargic and miserable?  Probably a good idea to try a low-fat diet and see how you feel.  Lost your menstrual cycle on a low-fat diet?

Maybe think about cutting carbs instead of putting your reproductive health in jeopardy again.

Don’t Focus on the Details

Finally, keep in mind that, in either case, making a switch to a healthy diet to help you lose weight will mean loading up your plate with vegetables.

Whether you are supplementing these vegetables with fruit or fish, the bulk of your diet should, be the same.  Whole, healthy, fresh vegetables.

Despite being full of calorie-dense, high-fat foods, a ketogenic diet can promote fat burning by tweaking your metabolism.

Ketogenic diets, with their extremely low carbohydrate levels, keep insulin levels in your blood low. This mimics a fasted or starved state and allowing your body’s cells to use fat for energy more efficiently.

Though ketogenic diets can be useful for losing weight, studies show they are no more helpful than low-fat diets.

Don’t miss this one: What is the Best Diet for Weight Loss? An Exercise Expert Weighs In! 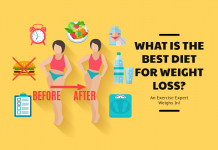 What is the Best Diet for Weight Loss? An Exercise Expert Weighs In! 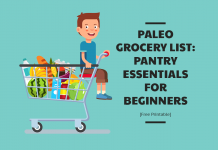 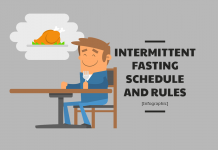 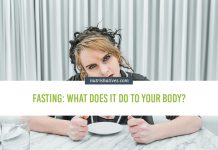