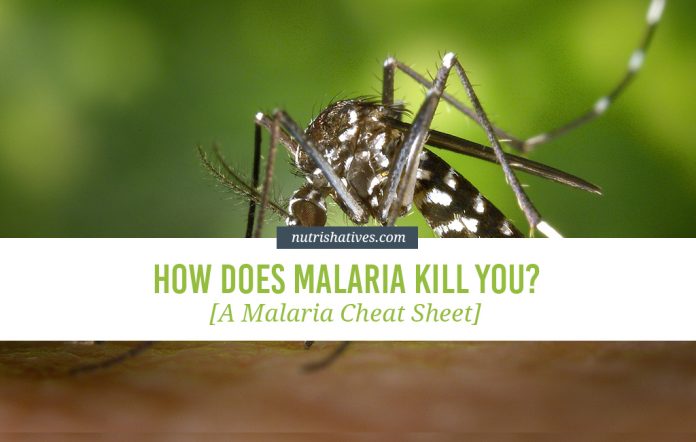 The sky is burning reds, oranges and purples.  You’re kicked back on the deck, enjoying the heat of the afternoon’s sunshine steaming off your skin.  The kids are starring sleepy-eyed into the flames.  You’re thinking about dragging them into bed, but that means moving your legs, so… nah.  You’ll just soak in the last few minutes of the sunset, and fire.  And kinda-sorta tries to keep your eyes open.

You have got to be kidding.

The high-pitched, exasperatingly maddening whine of a mosquito.  You open your eyes (guess kinda-sorta trying wasn’t good enough!) to see the pestilent little insect perched on your arm.  A quick swipe and she flies off, but it’s too late.  Within seconds, the itching sets in.  Now you’ll really have to get the kids, go inside, and find yourself some itch-killing baking soda.  Drat.

The next morning, the itching’s gone and, with the exception of having to start the bedtime-is-the-end-of-the-world-skit half an hour earlier than you had planned, no one is any worse for the wear.

But for about 214 million people, this exact same scenario — well, give or take a detail here or there — has very different consequences: a dangerously high fever, headache, body aches and chills, sometimes worsening to anemia, difficulty breathing, swelling of the brain, coma and, for about half a million people each year, death.  Death from a single mosquito bite.

What separates your mosquito bite from the fatal ones?

The mosquito that bit you did not give you malaria.

Malaria is a serious parasitic infection of human red blood cells by a group of parasites called Plasmodia.

There are five types of Plasmodium (P. falciparum, P. vivax, P. ovale, P. malariae, P. knowlesi) that can infect humans and cause malaria and all five of them make it into the human bloodstream via mosquito bites.  Actually, via the bite of just a few species of mosquito that all belong to the Anopheles family and prefer to feed on human blood.  These malaria-carrying mosquitos live in warm tropical or subtropical climates, particularly sub-Saharan Africa.

How Is Malaria Fatal?

What do these blood parasites do to the human body that causes people to get sick and sometimes even die?

Well, most of the common symptoms of malaria — the fever, chills, and headache — are caused by the chemicals released by the immune system in order to fight off the infection.  Though they are miserable, these symptoms are a normal and (unless the fever gets far too high) are generally a healthy response.  They are a sign your immune system is getting the parasite out of your body.

The more serious symptoms, such as severe anemia, swelling of the brain or organ failure, are thought to occur when the immune system can’t get the upper hand and the parasite grows out of control and seriously impairs red blood cell function.

Anemia occurs when the parasite destroys so many red blood cells that the body can’t carry oxygen to the rest of the body (red blood cells’ job in a healthy body!).

Brain swelling or organ failure are thought to occur when the immune system recognizes sick blood cells and starts attacking them in tiny blood vessels (called capillaries) in the brain or other organs.  This triggers a blood clot to form, blocking blood flow to the organ.

The fact that these serious symptoms usually only occur when the parasite gets really out of hand is actually good news for treating malaria!  It means that if you can diagnose and help the immune system kill off the parasite before it gets a good foothold, you can seriously reduce the risk of life-threatening symptoms.

So, How Do Doctors Diagnose Malaria?

Doctors diagnose malaria by finding Plasmodia in a sample of your blood.

There are two main ways doctors can look to see if these microscopic parasites are making a home your red blood cells.

In the first method, doctors take a small sample of blood and add a special blue dye that binds to proteins that are only found in the bodies of Plasmodia.  If the parasites are hiding in the red blood cells, the dye sticks.  This turns the red blood cells a purple or blue color, which doctors can see under a microscope.

The second method is actually pretty similar, but doesn’t require a microscope.  Doctors take a small sample and let it soak through a specially made paper covered with antibodies that can bind proteins from Plasmodia.  If these proteins stick to the antibodies, the antibodies release a dye.  This creates a blue line that the doctor can see with the naked eye.

How do You Treat Someone with Malaria?

Once doctors find a case of malaria, how do they treat it?

Malaria’s treated with excellently-named antimalarial drugs.  These are medications that kill Plasmodia in the body, just the way antibiotics kill bacteria that are causing an infection.

The most common and effective antimalarial drugs used at the moment are called artemisinin combination therapies (ACTs).  ACTs are pills or shots that contain at least two drugs: the most recently developed antimalarial drug, artemisinin, and one or more other, older drugs, such as mefloquine or amodiaquine.  ACTs quickly and efficiently kill Plasmodia — within minutes of coming into contact with the parasite — and at nearly every stage of their complicated life cycle (Figure 1).  They offer the best bet, in most cases, to clear the parasite from the body altogether and cure the malaria. 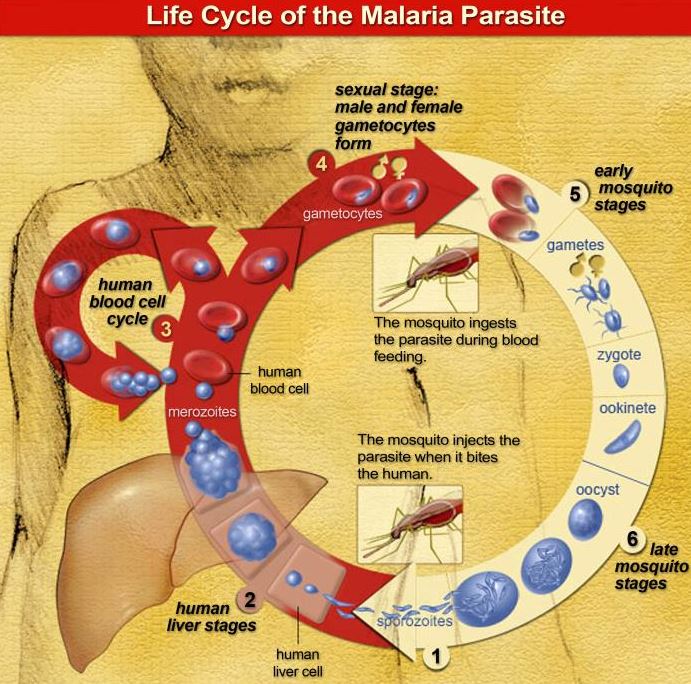 Unfortunately, ACTs cannot promise a cure.  For example, if the strain of Plasmodia is resistant to ACTs or the initial dosage is too low, the parasite can continue to grow and multiply.  ACTs may also not work if the person’s immune system is just too weak before treatment starts.

This is a serious risk in children.  Children’s macrophages (the key immune cells responsible for fighting malaria are not as active or functional as those in adults.  This is thought to be the main reason that most of the 446,000 malaria deaths each year (285,000 in 2016) are in children under the age of 5.

Since ACTs can’t guarantee a cure, the safest bet for not getting seriously ill is to not contract malaria in the first place.

What Steps Can You Take to Prevent Malaria?

Luckily, since mosquitoes transmit malaria, you can virtually eliminate the risk of malaria  by preventing mosquito bites.

There are three simple, straightforward and effective ways to do this:

In fact, in some areas of the world, these simple measures have decreased the number of people infected with malaria by more than 90% over the course of just 10 years!

If some simple netting and insecticide are so effective at stopping malaria, why isn’t malaria a disease of the past?

This is, mostly, because the areas of the world hit hardest by malaria — sub-Saharan Africa, in particular — also struggle with extreme poverty.  Simple netting and bottles of insect repellent are simply too expensive for families to buy to protect themselves.  So, people continue to get sick, and watch their children succumb to the parasite.

As disheartening as the statistics surrounding malaria can be, there is also reason to be hopeful.  The World Health Organization has just launched a massive public health campaign to fight malaria.  They plan to bring mosquito nets, insecticides, ACTs and, most excitingly of all, a newly developed malaria vaccine to all the populations that are suffering with rampant malaria.  Their goal is to eliminate malaria by 90%, worldwide, by 2030.

Of course, this is a herculean task.  Years and years of dedicated hard work lay ahead.  But, with so many successes under their belts (with those 90% elimination rates in multiple regions already) and with the new vaccine up their sleeve, this goal is completely within the realm of possibility!

If you’d like to learn more about the WHO’s ambitious plan to make malaria obsolete, please check out the information on this site.  And if you’d like to join the fight to kick malaria to the curb, check out the work being done by these amazing malaria charities to see if there is a good fit for your talents (or dollars)!

The 13 Best Blenders for Your Healthy Lifestyle: A Fitness Expert’s Picks

Cirrhosis Treatments: Why You Need to Know Your Options Right Now

The Best Natural Asthma Treatment No One Told You About

Glycemic Index of Foods: What it is and How it Impacts Your Blood Sugar Levels