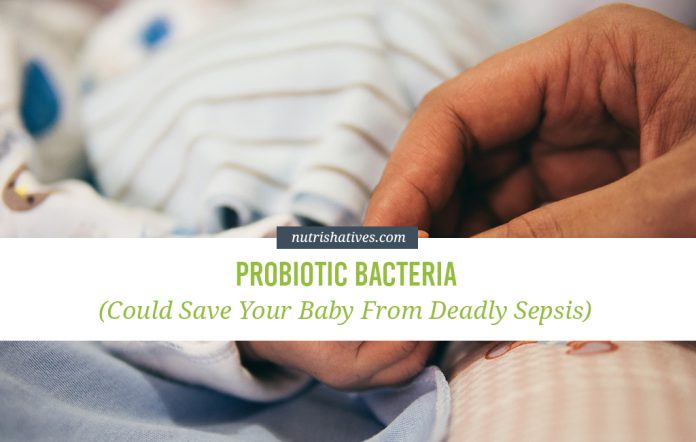 Probiotic bacteria might be about to get yet another feather in their health-promoting-cap: saving your baby from deadly sepsis.

One of the most dreaded complications of an infection, sepsis is a serious, life-threatening condition.  It occurs when the immune system floods the body with damaging, inflammatory chemicals.  Without proper treatment to calm the immune system and clear the infection, sepsis can lead to a dangerous drop in blood pressure (a state called “septic shock”), multiorgan failure, cardiac arrest, and death.

Unfortunately, there seems to be little rhyme or reason to which infections trigger sepsis and which don’t. Sometimes it’s really serious infections in people who have been sick for a long time, like the sepsis that took Pope John Paul II’s life back in 2005 following a several-week-long lung infection.

Other times, though, it appears out of nowhere in response to seemingly banal infections, like infected bedsore that led to the septic shock that killed Superman actor Christopher Reeves in 2004, or the influenza infection that lead to the widely-publicized death of 38-year-old Texas teacher Heather Holland just a couple of weeks ago.

Tragically, a simple infection triggering lethal sepsis isn’t limited to adults. Septic shock caused by an infection is responsible for the death of around half a million newborn babies each year.  That makes sepsis the 4th leading cause of death for infants.  It comes in after only birth defects, premature labor and complications during birth.

These heartbreaking statistics have kept researchers and doctors hunting for better options to protect babies from septic shock.  One possible strategy that has drawn more and more attention over the last few years is providing newborn babies with probiotics.

Also Read: Prebiotics for Kids: An Expert’s Guide for Moms

Probiotics — live bacteria that help make the human body healthier — have a unique set of traits scientists thought might make them great candidates for preventing sepsis in babies.

Studies have shown that probiotics:

Don’t forget to read: Why, How, and When to Take Probiotics? [Quick Guide]

Probiotic Bacteria and Sepsis: Put to the Test

This was all more or less just theory until this study was published a couple of months ago.

A research group working in India first took several years and analyzed stool samples from newborn babies to determine what the best probiotic bacteria are, with the best chances of really helping protect babies against sepsis would be.

They settled on a species of bacteria called Lactobacillus plantarum.

Then, they set up an enormous double-blind, placebo-controlled, randomized clinical trial.  Researchers gave nearly 5,000 newborn babies either the special probiotic bacteria or a placebo, for just one week.  The researchers then watched them for the next 3 months to see if the probiotic group developed sepsis less often.

Of the babies that got the probiotic bacteria, only 5% of them developed sepsis.  In the placebo group, nearly 9% did.  That means their risk dropped by about 44%!  Scale that up to the whole world and you could potentially save the lives of nearly a quarter of a million babies each year!

As with anything in science, studies will have to replicate these results.  Only then can we be sure it really works, is really safe, and that L. plantarum is really the best probiotic bacteria for all babies.  Right now, though, it looks hopeful!

Hundreds of thousands of little lives may someday be saved with bacteria!  That thought has to bring a smile to your face!

Read Next: What are the Best Probiotic Supplements for Leaky Gut? [Based on Research and Reviews]

What Does Apple Cider Vinegar Do to Your Body?

The Truth About the Raw Water Craze According to Science

The Truth About Dairy: Is Milk Bad for You?