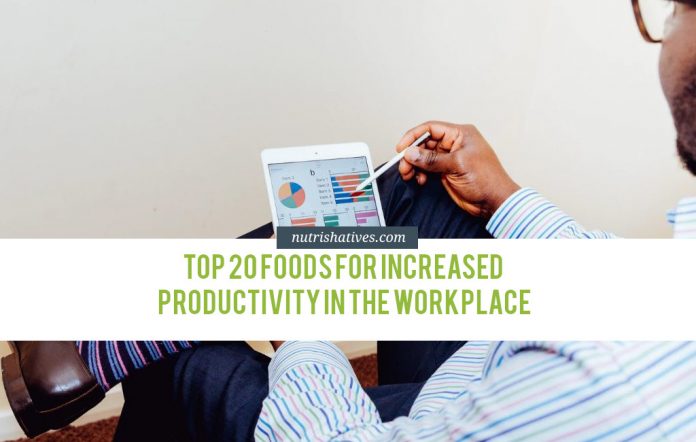 How to improve cognitive function?  A simple question that literally makes the supplement industry bazillions (that’s wayyyy more than billions, btw) of dollars each and every year.

But what does it even mean?

Most people are aware that cognitive function revolves around certain aspects of mental performance, such as memory, learning, and problem-solving.

But what many don’t realize is that it actually runs a little deeper than that.  And the first step to explaining how you can improve your cognitive function through diet is by first ensuring you have an understanding of cognition itself.

Cognition is defined as “the mental action or process of acquiring knowledge and understanding through thought, experience, and the senses”.

Basically, cognition is your ability to gain new information, process that information, and then use it to guide your actions and make decisions.

This process of absorbing and using new information is integral to learning new skills, building knowledge and governing your thoughts and actions.  As such, it’s also absolutely integral to your day-to-day life!

So, how does this gaining and using new information actually work?

Finally, the nerves that received the signals have to “store” them so they can “recreate” them (let you “remember”) on demand.

And all of these things have to happen instantaneously and a lot!

A healthy brain contains over 100 billion nerve cells, each of which can have up to 10,000 connections with other nerve cells (known as neurons).

All of these cells and signals need to be coordinated 24-7 for your whole life!

Nerve signaling and cognition is such a complex system that you likely won’t be surprised to learn that they are pretty vulnerable to even small changes in your brain’s environment!

In fact, there are a number of distinct factors that can seriously modify your nerve cells’ function and your cognitive abilities.

The most important of these factors include:

Nerve signaling requires nerve cells to use lots and lots of energy.  To make that energy, nerve cells need lots of oxygen and nutrients from your blood.

In fact, they need so much oxygen and nutrients when they are signaling that you have to send extra blood to those parts of your brain.  (Doctors can actually measure what part of your brains are working by the amount of blood flow to them!)

It likely won’t surprise you to learn, then, that evidence suggests that a decline in blood flow to your brain can directly limit nerve signaling and cognitive function.

Some studies even suggest that decreases in cerebral blood flow may be one of the drivers of many neurodegenerative disorders (such as Alzheimer’s disease).

Related: How Does Aging Affect Your Brain?

There is a growing body of evidence linking whole-body inflammation to a number of diseases and health issues, including both cognitive decline and dementia.

In a normal setting, inflammation is a protective response that occurs when a tissue is damaged or stressed.  In these situations, inflammation helps kick-start the healing process by flushing a site of injury with fluid and nutrients.

But this normally protective response can turn dangerous when it happens for long periods of time, especially if it’s happening in your whole body because of chronic stress or illness.

Prolonged, whole-body inflammation wreaks havoc on your body.  It puts excessive stress on your organs, including your nervous system, limiting its function.  And with this comes a decline in nerve signaling capacity and a reduction in cognition.

They are absolutely integral to your nervous system function and your cognition!

Now if you consider the above for a second, you should start to see how certain foods might be able to enhance cognitive function.

See, there are certain foods that have the potential to:

Check, check, check for keeping your brain in tip-top shape!

As the old adage goes, you need to eat your vegetables to grow up big and strong – and apparently, you can add smart to this list as well.

Both leafy greens (such as kale, spinach, chard, and arugula) and beets are full to the brim with a specific compound called nitrate.  The consumption of nitrate has a huge impact on the cardiovascular system.  It can improve blood vessel function, reduce blood pressure and promote blood flow.

Tea is another food that can improve vascular function and blood flow, though not via nitrate.  It contains two totally different compounds that are great for your cerebral circulation.

Firstly, tea contains an abundance of potent antioxidant compounds known as flavonoids.  Flavonoids have been shown to improve the health and function of your veins and arteries.  Healthier veins and arteries means smoother blood flow for your entire body, including your brain!

Secondly, tea contains caffeine.  While most of us know that caffeine acts as a stimulant, you might not know that it also acts as a potent cerebral dilator.  That means that it directly enhances blood flow to the brain, thus increasing neural signaling and cognition.

There are a number of amazing foods that exhibit anti-inflammatory properties when you eat them.

These foods reduce the secretion of pro-inflammatory proteins and help your body remove damaging free radicals.  Together, these effects can cause a huge reduction in whole-body inflammation!

Of these foods, the three that appear to be the most effective are:

Finally, there is research to suggest that the foods you choose to eat can have a big impact on your body’s ability to produce specific neurotransmitters.

While we have spoken in-depth about how the state of your gut can affect levels of neurotransmitters in your brain here, all you really need to know is that the good bacteria found within your gut actually produce neurotransmitters for you!

Read Next: How Stomach Bacteria Affect Your Brain

These neurotransmitters include serotonin, dopamine, and GABA, all of which play a key role in cognitive health and function.

Some key foods that have been shown to enhance the health of your neurotransmitter-making gut bacteria include leafy greens (such as those mentioned above), and fiber-rich foods (such as brown rice, maize, buckwheat, and whole oats).

By keeping your good gut bacteria healthy, these foods can increase the availability of key neurotransmitters in your body, boosting your nerve signaling and cognitive capacity.

Cognitive function describes your ability to learn and use new information, solve problems, and make decisions.  As a result, it is essential to success in almost every aspect of your daily life.

By enhancing blood flow to your brain (and the rest of your body), reducing inflammation, and boosting neurotransmitter production, certain foods can enhance cognitive function.

Of these foods, berries, leafy green vegetables, beets, nuts, tea, whole grains, and turmeric appear to offer the most benefit.

Top 5 Foods to Fight Insomnia and Improve Your Sleep Quality